Jenny Head trained at the College of Sarum St Michael in the 1960s. Friends, fun and fulfilment stand out in her memory, as well as a growing realisation that teaching is a vocation. She was one of the first eight B Ed students, graduating from Bristol University in 1969.

Jenny subsequently taught in primary schools in Cheltenham, Rugby and Jersey, before moving to Salisbury with her husband and family in 1992. She then made the decision that she has never regretted and specialised in teaching children with special educational needs. She obtained a Diploma from Southampton University and worked in local primary and preparatory schools, including spending eight happy years as joint SENCO at Chafyn Grove Preparatory School.

Jenny and her husband have four children, seven grandchildren and a black labrador. Life remains full and interesting, with family and friends coming first, but Jenny also enjoys local voluntary activities that include Cathedral guiding and being a foundation (church) governor at her village school. Singing in a local choir, reading, writing, cookery, travel and walking in the countryside all add spice to life! 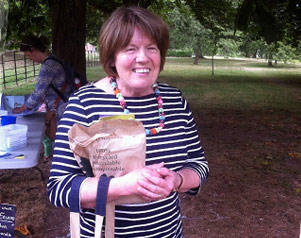 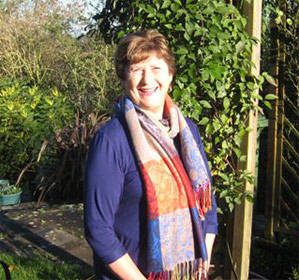 Anne Johns (M.Ed Oxon) thoroughly enjoyed her years at the College of Sarum St Michael in the swinging sixties. Her keen interest and passion for children's education was developed in those years. Anne's first teaching post was in Bournemouth. She then moved to Salisbury with her husband and after having children, taught in Warminster where she became a deputy headteacher. In 1988, she was appointed headteacher of St Martin's C. of E. Infant School in Salisbury where she remained for ten very happy years. It was while she was at St Martin's that she studied in the evenings for her research degree. She later became a school inspector and had the privilege of travelling around the country visiting all types of schools.

Now retired, Anne’s life is still exciting. Anne and her husband have two sons and four lively grandchildren. She enjoys spending as much time as possible with her family and friends as well as being involved in local voluntary work and the village W.I. Her interests are wide-ranging and include walking in the country, swimming (especially in the sea) reading, theatre, cookery and music.